As veteran Supreme Court analyst Linda Greenhouse observed over the weekend at The New York Times, the decision is not only a requiem for abortion rights, it's also a requiem for the Court. "The arrogance and unapologetic nature of the opinion are breathtaking," she writes .

In their vote to take away a constitutional right, something no Supreme Court has done before, five ideologically extremist justices (3 of whom were Trump nominees) decided that women should not get to choose for themselves whether or not to continue with a pregnancy. FIVE MEN and ONE WOMAN made that choice for at least 64 million women, even though two-thirds of all Americans, according to recent surveys, support abortion as a choice for all women and girls – not judges, not legislators, not political or religious coalitions.

To understand how this could happen, we must acknowledge the well planned and implemented strategy of a minority determined to get control of women’s bodies to ensure that they could keep control – everywhere – and especially in politics. And regrettably, now this most personal and often most difficult choice for any woman or girl, ever, is once again politicized as the power to ban abortion returns to state legislators who are primarily white and male in every state.

More than half of the states have legislators that have already decided to ban abortions and 13 states have laws ready to be triggered into action, banning abortion almost immediately. (Here's a comprehensive rundown of each state .) In seven more states, legislators are likely to ban abortions within weeks or months. I live in such a state, Georgia, and here, we have already mobilized to ensure that Stacey Abrams wins her campaign to be Georgia’s next Governor.

Governors matter now more than ever. They can’t repeal laws, but they can work with legislators to shape new laws that protect a woman’s right to choose. Women who live in “free” states… those in which women’s rights are still respected… are organizing, too, and the strategies are being developed to activate a nationwide political movement, much like the one that got us to this fateful decision…state by state…to mobilize voters – not just for the top of the ticket, but up and down every ballot, to identify the women and men who will help us reclaim the fundamental right and freedom to choose when or whether to continue a pregnancy. The lives of women and girls are on the ballots now.

Corporations offer funds for out-of-state travel for abortions. Major corporations like Disney and JP Morgan are offering to cover expenses for those who have to travel out of state for an abortion. These companies join a wave of other businesses, including Amazon and Citigroup, who implemented similar policies after Texas enacted a ban on abortions after six weeks into pregnancy last year. (via Katie Couric's Wake-Up Call ) Many others will have to make difficult decisions about whether they can ask employees to work in states where critical decisions about their health are pre determined.

We are not going quietly into this dark night; we are organizing, strategizing and mobilizing. When women use their power, collectively, we can and do make changes. 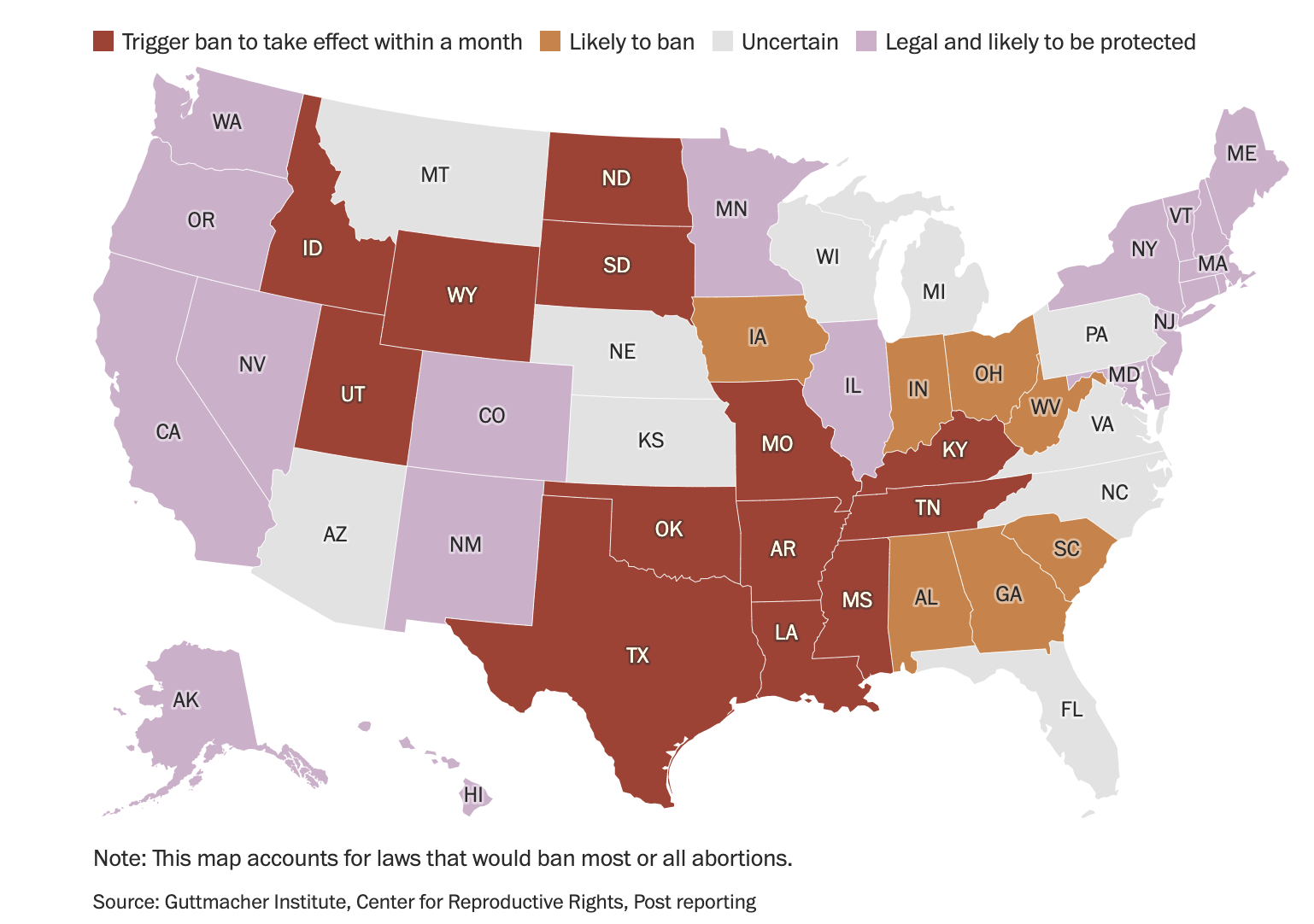 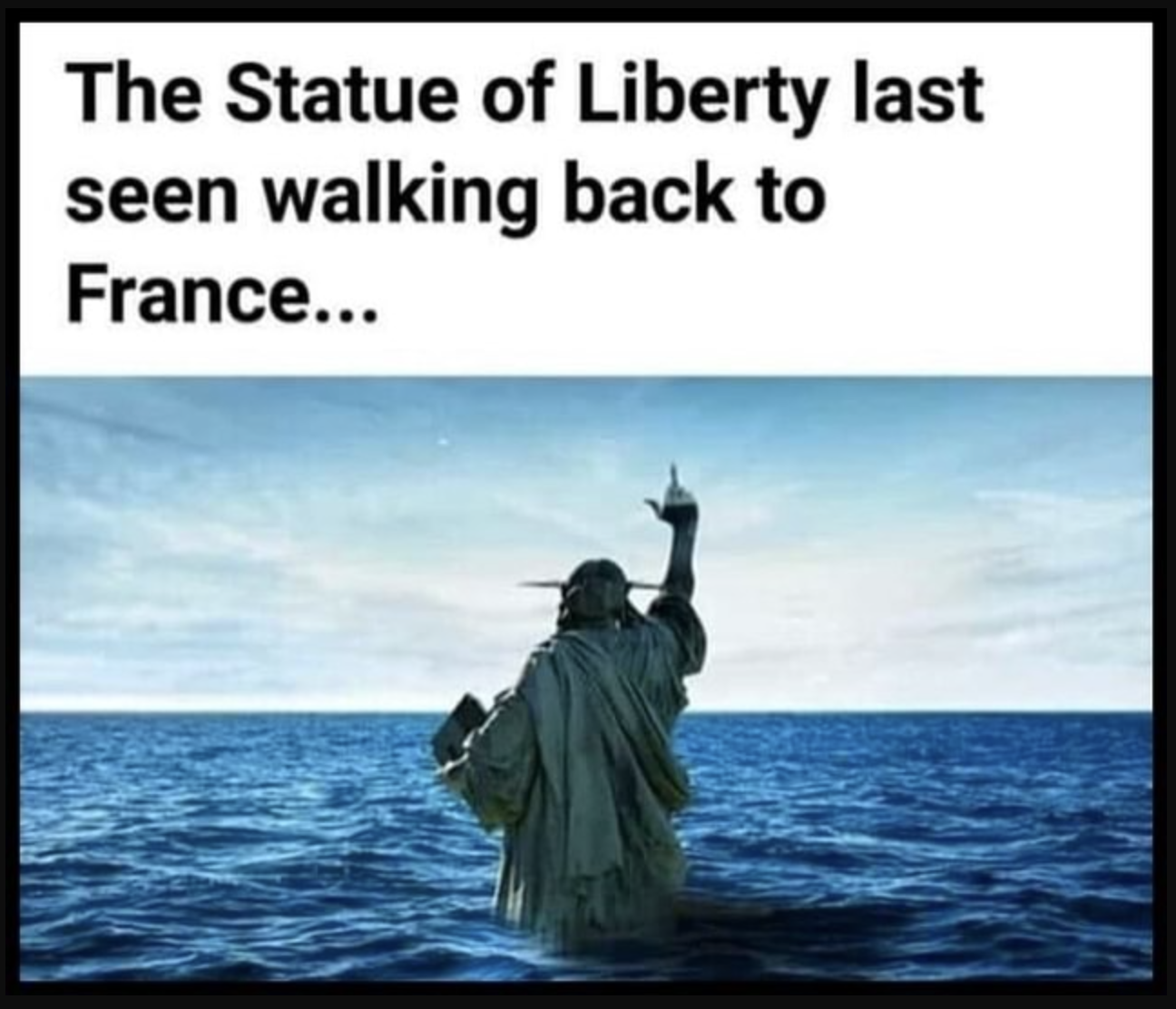 We will be clear-eyed and committed in our response. If we align our strategies and think beyond protest marches (although they also have a role to play), and we make this threat to our freedom and the health of our families real and present in every community, we will right this wrong.

And given Justice Thomas's concurring opinion , which outlined other rights that the Court "should reconsider," this fight is far from over. Make no mistake: The rights to make our own decisions not only about abortion, but also contraception and the right to privacy, including same sex marriage, will be on the ballot this November.

As a country, we have gone from leading on rights for women to leaving freedoms behind. This cartoon says it all.

Seriously, sisters and male allies, we can’t pick up our torches and leave this fight to others. We’ve been on these frontlines before, and we are ready to return to them now. So pick up the torches for freedom and let’s make it clear with our voices and our votes that we are NOT GOING BACK.

Watch this video 👇 from Planned Parenthood and share it!

Previous posts from Pat Mitchell: "POWER, NOT REASON, IS THE NEW CURRENCY OF THIS COURT’S DECISION-MAKING."

Feminist.com will remain a source for those looking for how to help and we will continue to share resources. Please also see these features: 5 Takeaways From the Supreme Court’s Decision to Overturn Roe v. Wade and What to Know About Roe v. Wade, Useful Resources, and How You Can Help.